Another Batch of CD-i Treasures Preserved

It's been a hell of a past couple weeks with some amazing & rare discs preserved from the famous Steep Haywire collection. Rare multimedia, demo discs, a handful of VCDs and even a new Photo CD - some of which is demo'd on the Preserve CD-i! YouTube channel. Uploads to archive.org are en route! 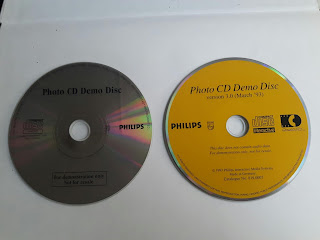 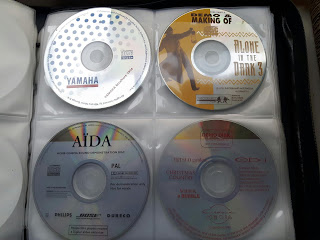 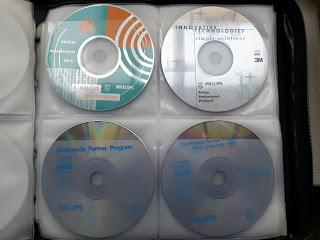 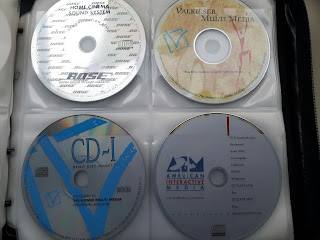 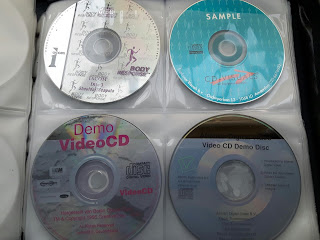 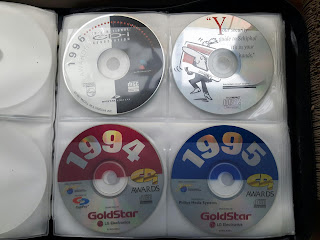 As I'm documenting / datting rare discs from the honorable Steep Haywire's cache, he noted a particular disc not meant for data: 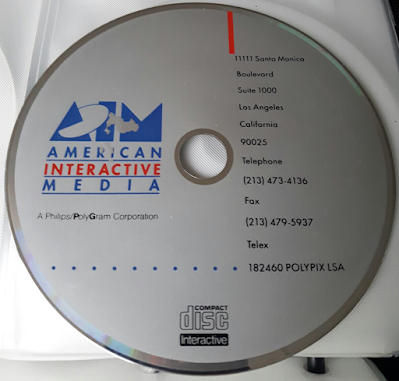 The disc label contains AIM company location / contact info and the disc data side is unreadable. I'm presuming this sample would be sent out to show off the disc's distinctive manufacturing style.

All credits to Steep Haywire.

Redump breaks 1,000+ CD-i with a Barrage of Certainly Rare Discs!

As UnlockerPT has been hustling away to dump Euro CD-i's, Steep Haywire has been providing some excellent finds as well!

McDonnell Douglas is reminiscent of Bradley Fighting Vehicle, but more of a sales video for machines of war than a tutorial. 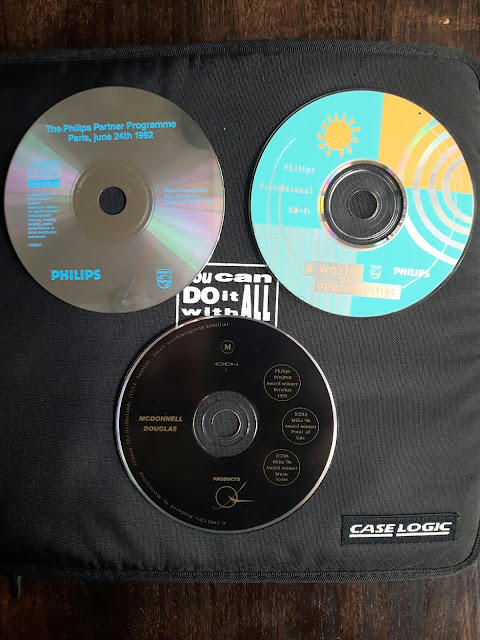 Then there's Felix the Cat! Another CD-i edutainment title with minigames. During my playthrough I got stuck on a bug. Which is totally acceptable considering this is an unreleased title finally seeing the light of day! Read more at The World of CD-i. We ran into some CD-R mastering errors so the dump is being safely quarantined here for now.
Additionally, now we have the "Preview Disc" version of Gnomes properly dumped. 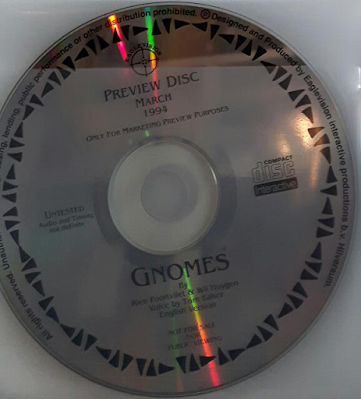 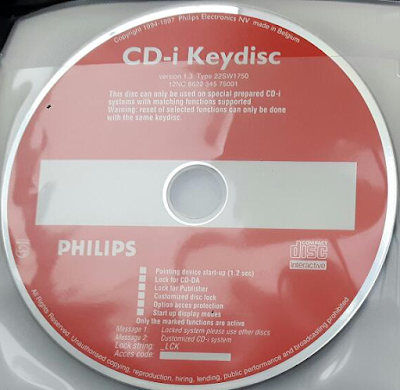 It's always charming to find even rarer betas for rare titles: 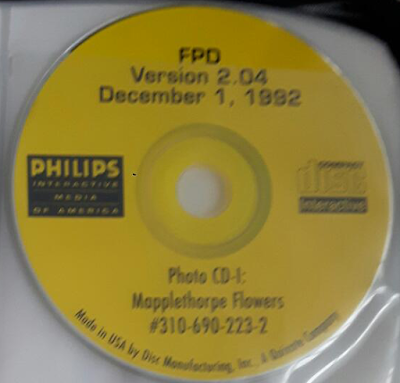 Into the Photo-CD set it goes!
Many thanks to this fresh batch of dumps Steep Haywire (pictured above) and UnlockerPT!
All here.
at July 23, 2021

Another one from the Steep Haywire cache ~

NFL Instant Replay is known as the rarest of USA game titles. But did you know a European version was made? It just wasn't released as retail. 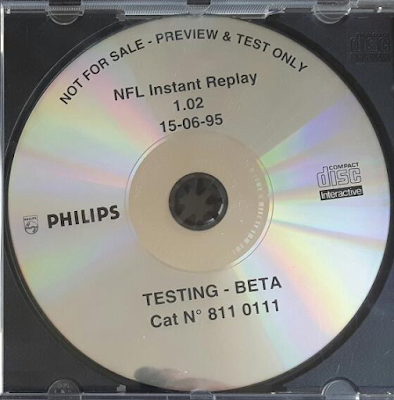 Behold - an unreleased European version of the famous game.
Having been in preservation for over a decade, it's always neat to discover unreleased regional variants. A mega-rare unreleased regional variant of an already rare USA retail title is well worth celebrating.
What's different about this one versus USA? To be frank I haven't investigated - and the answer is probably not much. But with the rom released, you're free to investigate!
All praise to Steep Haywire for his patience and getting this game properly preserved!

There are two kinds of CD-i enthusiasts - those who know who JIM is, and those who don't. JIM - Japan Interactive Media, was responsible for CD-i distribution in Japan. 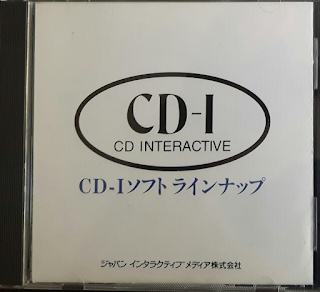 Cover.
The demo is a rolling one (standard for CD-i demos), so no interaction outside the menus.

We get to see titles presented here (such as F1) here which have only been mentioned briefly in liner notes.

Extra extra special thanks to Steep Haywire for jumping through the hoops to get this one dumped!

A big Big BIG box from Blazers brings us a bunch of beauties! 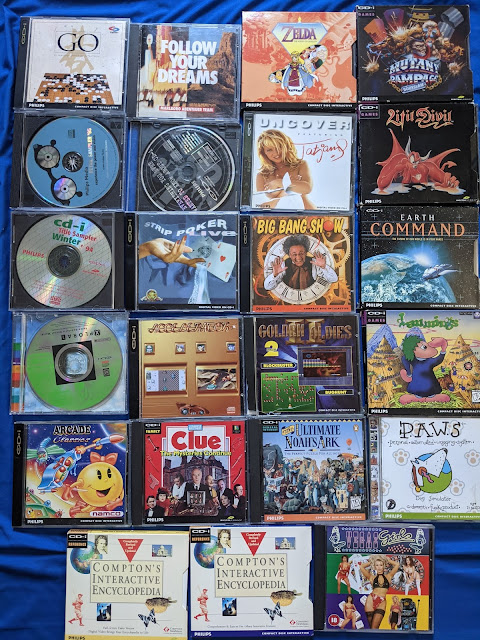 Well there's a lot to say about this shipment, so let's start with a (near) milestone - almost every European exclusive game title has been dumped. To clarify, there are still many Euro game variants undumped, but having AT LEAST ONE VARIANT of every game title is nearly complete. The noteable holdout is BMP Puzzle, which we're still very much in need of (and happy to buy a copy of if you have an extra!). We even got the Marlboro sponsored "Follow Your Dreams" game, back when cigarette companies totally didn't market to kids or anything. Additionally there are some "Kids" titles which may qualify by some as games as well which need dumping.

There is a new unicorn among the batch, a previously unknown Spanish edition of the illusive "Go" title. This title has been of particular interest to me and I've had the known Italian variant on my Most Wanted list since the lists inception. 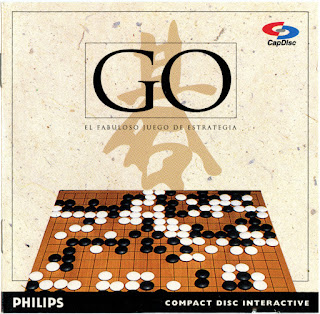 Also of note, is now the USA version of 'Zelda: The Wand of Gamelon' is properly dumped. With the price of this one lately, it deserves its own separate mention.
Other important titles include the USA Lemmings (which was previously nowhere to be found on the internet / region completely undumped according to my notes), the USA retail edition of Mutant Rampage: Bodyslam - which is a separate build from the White Label Demonstration Disc, Litil Divil (a common, but not-cheap title), The Ultimate Noah's Ark (rarer), Earth Command, Clue 2, two "Revised and Updated" variants of Compton's Interactive Encyclopedia, and a USA variant of Xplora 1 (which matches the Euro version).
And I have a very big soft spot for Demos - a smattering of samplers here - all rolling demos. It seems Philips didn't produce any playable demos (as far as I remember) - likely as a budgetary concern. But perhaps these are neater in video form anyway, and you'll sometimes see unreleased titles mentioned.
As always, our dumps will eventually make their way into the redump.org set on archive.org - and selected handful of the titles will also be scanned and uploaded to the Seventy7 / Preserve CD-i archive account. Special thanks to Blazers for entrusting me (and even more bravely the postal system) with this big box of fun.
at July 08, 2021

A couple neat CD-i oddities have been shuttled into the archival cloud courtesy of Steep Haywire!
First up, a MacOS language conversion kit for the CD-i is available for download here. 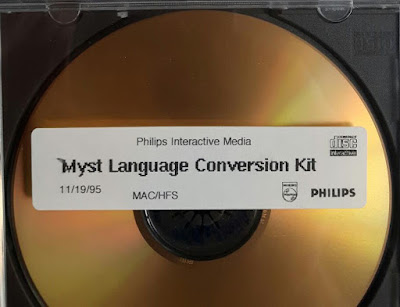 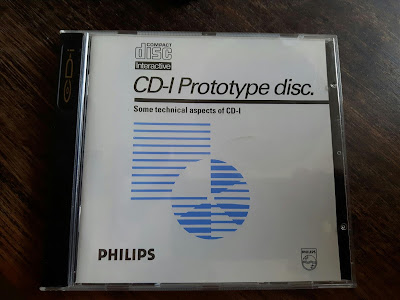 For all those fresh eyes enjoying the pics and roms ~ Remember, sharing is caring. And if you're not sharing, you're hoarding.